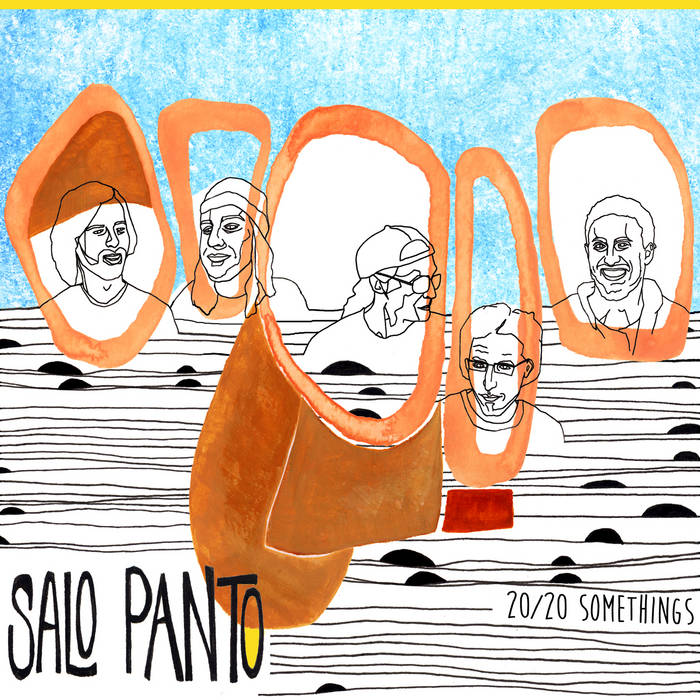 “20-20 Somethings”, the new EP from Salo Panto, reveals a band pushing their sound ever forward. They’ve learned what they do best and these new songs accentuate those strengths. Soaring guitar lines, thumping bass and a driving drum beat are the trademarks of their songwriting, growing more focused and expansive at the same time. The sampler continues to add touches of character scattered knowingly throughout, adding fuel to the fires set blazing from the sparks shooting off the electric guitars.

Lyrically, the new songs are inspired by the motley cast of characters found throughout the cities and countryside of the great Pacific Northwest. From the frustrated anarchists to the late night party people. From the homeless under bridges to the tired-eyed spunnions watching the sunrise over the Willamette. The characters populating these songs are marching to their own drum and judging the world by their own metrics.

Salo Panto cast themselves in the same light. “20-20 Somethings”, recorded independently at Hacienda Studios in Portland, Oregon, captures the boys in all their glory and is the closest attempt to date at translating the raw animal energy of their live sets. A fresh new voice in modern psychedelia, they are taking the basic building blocks of a great rock song and putting them back together in exciting new structures of their own devising. Get in on the ground floor of the fan base while rents cheap. Salo Panto are just getting started building their sky scrappers and once the secrets out the spots will be filling fast.

Bandcamp Daily  your guide to the world of Bandcamp

Featuring Oakland sounds from the Smart Bomb collective and Samplelov.